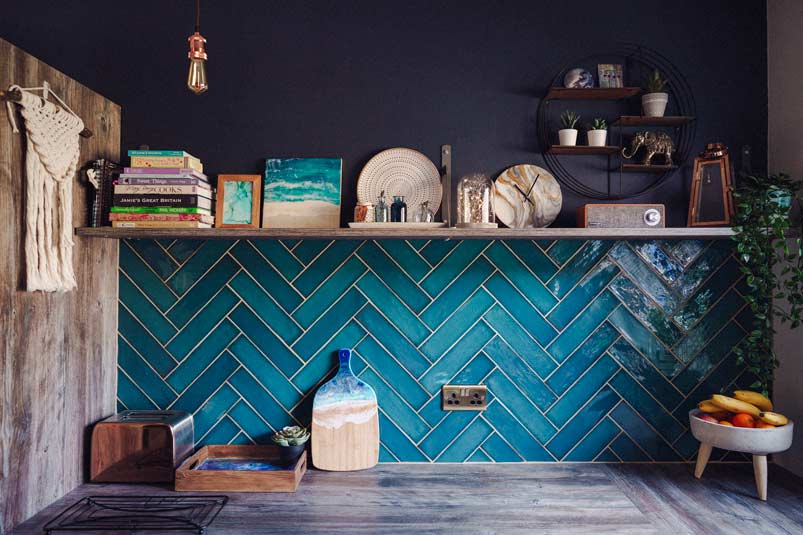 5 things to help you renovate your kitchen.

After about 17 years with a DIY beech colour kitchen, bought on offer from B&Q, we decided it was time for a change. Well actually, we were forced into it quicker than planned after an overflowing bath a floor above sent rivers of soapy scented water down the kitchen walls. The first thing on the list after that little disaster was to replace the bathroom, but that’s going to be another post.

After looking at various kitchen suppliers and being told some were great by some people, but then terrible by others, we settled on Wren. We had some measuring done and a couple of meetings and opted to get our own fitters. We used a carpenter who was also a trained fitter, a separate plumber and separate electrician, we had used these guys before for the bathroom and downstairs flooring so we were confident of a great finish.

Part of our design was a tiled wall, we’d seen some amazing designs from Topps Tiles via Pinterest and I had also seen far too many herringbone designs…also on Pinterest. Basically I’m blaming Pinterest for this whole section of the build. Once the wall was prepped and ready we found out the tiler couldn’t fit us in for a few weeks, so I decided to take on the challenge, not only had I never tiled before, but I was also going to attempt a herringbone, a pattern which a few people had said “you’ll struggle to get a tiler to do that, it’s very complicated!”

Tiles purchased along with some copper tone grouting and all the tools, including a cheap n’ basic electric tabletop tile cutter. I spent two days anxiously stressing about how to cut the angles and not completely screw the whole thing up. Many times wondering why I ever thought It was a good idea.

Eventually I came to the conclusion that if I laid the tiles out in the correct pattern on the worktop, they would transfer perfectly on to the wall…right? WHAT COULD POSSIBLY GO WRONG!

So finally our new kitchen was born, along the way we added some extra personal details, instead of cupboard units on both side of the kitchen we kept one side open with just a shelf, this made more of a feature of the tiles. The plastic windowsill and window frame was boxed in by our carpenter, another thing we had seen on Pinterest. I bought a cheap basic barn door from B&Q, aged and stained it, then it was fitted to a roller system as a rustic sliding door. This gives us more workable floor space and looks awesome. It needed a handle to pull across without trapping fingers behind the wall, so I made a leather pull and styled it with a brass cap screw to match the other details in the kitchen like the cupboard trims, plug sockets and our fabulous tap.